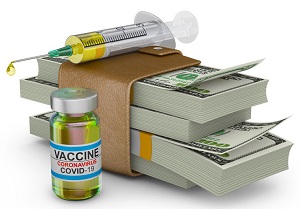 Pfizer, a drug company which appears to have won the lottery to produce the first Covid-19 vaccine, is currently battling hundreds of lawsuits over Zantac, a popular heartburn medication. Zantac lawsuits claim the popular drug can be contaminated with a cancer-causing substance called N-nitrosodimethylamine (NDMA). The Zantac suits are open-ended and ongoing, as the drug maker is fighting them; but Pfizer has, we know, committed several crimes or transgressions for which it has been punished in recent years. The company’s failings are well documented and worth reviewing at this critical time in human history as we all search for answers.

At a time when much of the world has waited with baited breath for a vaccine that many hope will help restore civilized society to at least some semblance of normality, the history of Pfizer is rife with so much subterfuge and under-the-table dealing that the company will need all the help it can get to promote confidence in its hastily assembled Covid vaccine.

While legal heavyweights like the New York Bar Association and a celebrity attorney like Alan Derschowitz have called for mandatory Covid vaccinations, it would seem at least reasonable to share all the information available on a company millions of people are expected to trust with their health, perhaps their very lives.

Many people who purchase non-injectable products on ebay or Amazon do so only after they have done their homework. Many routinely investigate a seller’s record and customer reviews before buying anything these days. Therefore, it only stands to reason that many will prefer to do their own due diligence regarding a drug company before submitting to an experimental vaccine made by it.*

*Editor’s Note: We are not anti-vaccine. We are pro due diligence. The speed at which Pfizer’s Covid vaccine was produced, the absence of animal studies, randomized control trials, and other usual gold standard tests and procedures for a new drug are all, at the very least, concerning. In addition, all Covid vaccine makers have been granted legal immunity for any injuries or deaths they may cause. If these vaccines are as safe as promoted, why do their makers need blanket immunity?

Those who don’t know Pfizer’s checkered history may wish to learn something about the company’s recent criminal and civil crimes, especially as the company’s Covid vaccine promotion is set for a warp speed rollout. The UK government has already purchased 30 million doses of Pfizer’s Covid MRNA vaccine. The company has said it is on schedule to produce 100 million doses by the end of the year, and an additional 1.3 billion doses next year.

Here’s a brief glimpse of Pfizer’s track record for safety and ethics. This is a short list, by no means inclusive of the company’s entire rap sheet.

Pfizer’s Covid vaccine is being rolled out with nothing but positive press from every mainstream media outlet in the country. Meanwhile,  more than half of Americans surveyed have said they will not take a Covid vaccine. The plain fact is that many questions remain unanswered regarding this, or any other, Covid vaccine’s safety and efficacy.

What we do know, from legal history, is that Pfizer’s past transgressions might lead some reasonable people to question whether or not they will submit to any vaccine made by the company.